The Dampier Golf Club was established in 1967 at Happy Valley Dampier and moved to the new location in Karratha in 1972 when the Karratha Country Club Inc was formed to host the various sports located at the precinct. The golf club was renamed the Karratha Golf Club in 1982.
;
Life Members
Honour Board KCC
Honour Boards Golf
Golf Club Championships
Gallery

Please contact the club if you have any information to add.

Hole in One Honour Board

The Sandover Cup was originally donated by the Sandover family [Sandover Medal in the WAFL] who, at the time, had a hardware merchant business in town.

It was initially a 27 hole stroke event with 9 holes played in the morning, then completed the last 18 in a seeded draw determined by the first 9.  There were variations played over time through to today, where it is 18-hole stableford competition.

The eclectic trophy is a season-long competition played in the background. Every score from every hole you play throughout the season is fed into the computer, which then determines the best score each player has had on each hole over the season.

The winner is the score for 18 holes for the season using your best score, hole by hole.

Artist Sally Harrison painted a number of murals including one behind the bar at the Karratha Country Club in 1993. The golfers are rumoured to be Kevin Hondow and “The Can Man” John Miles. The mural was covered over in 2020 after upgrades to the club post Cyclone Damian. 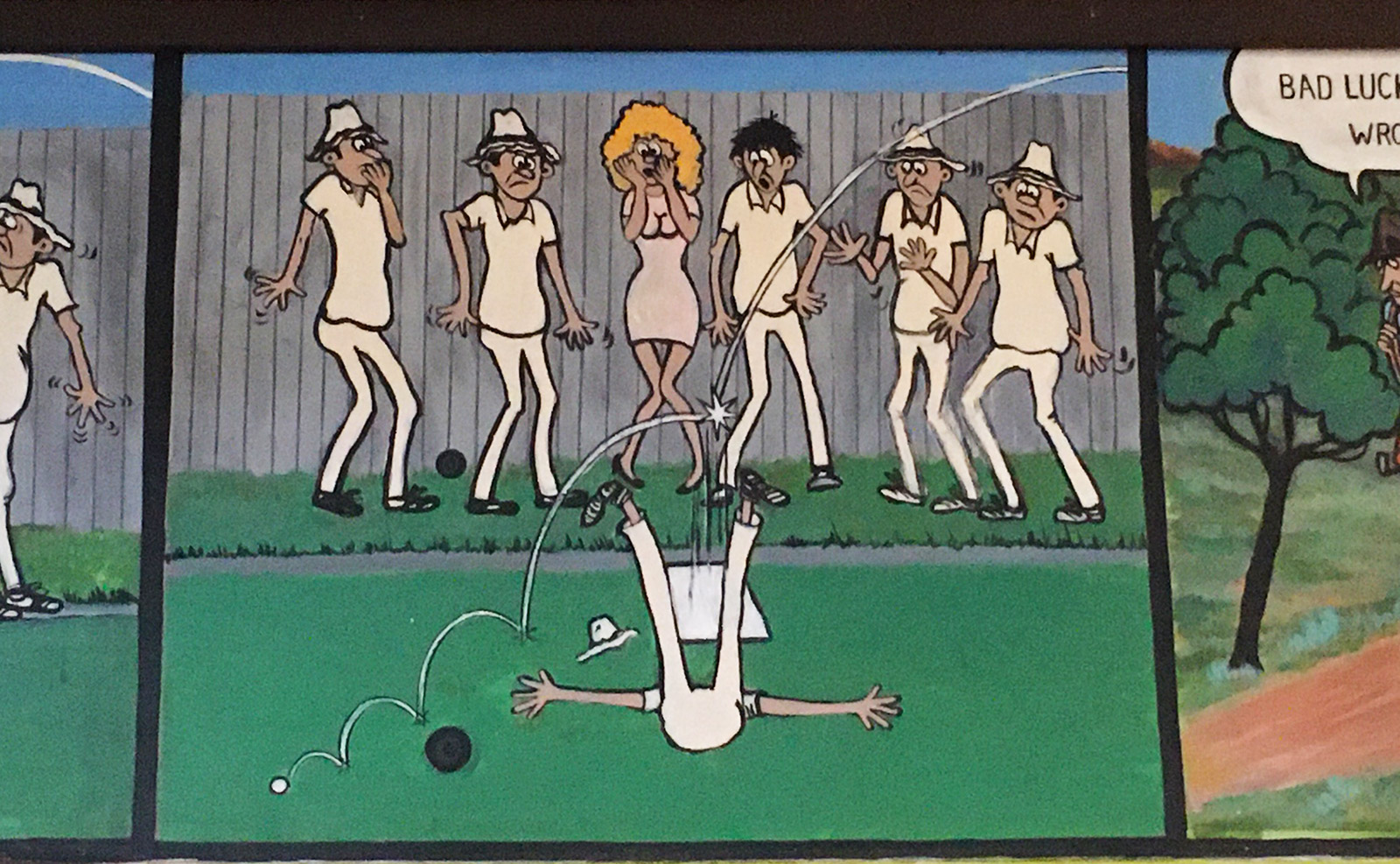 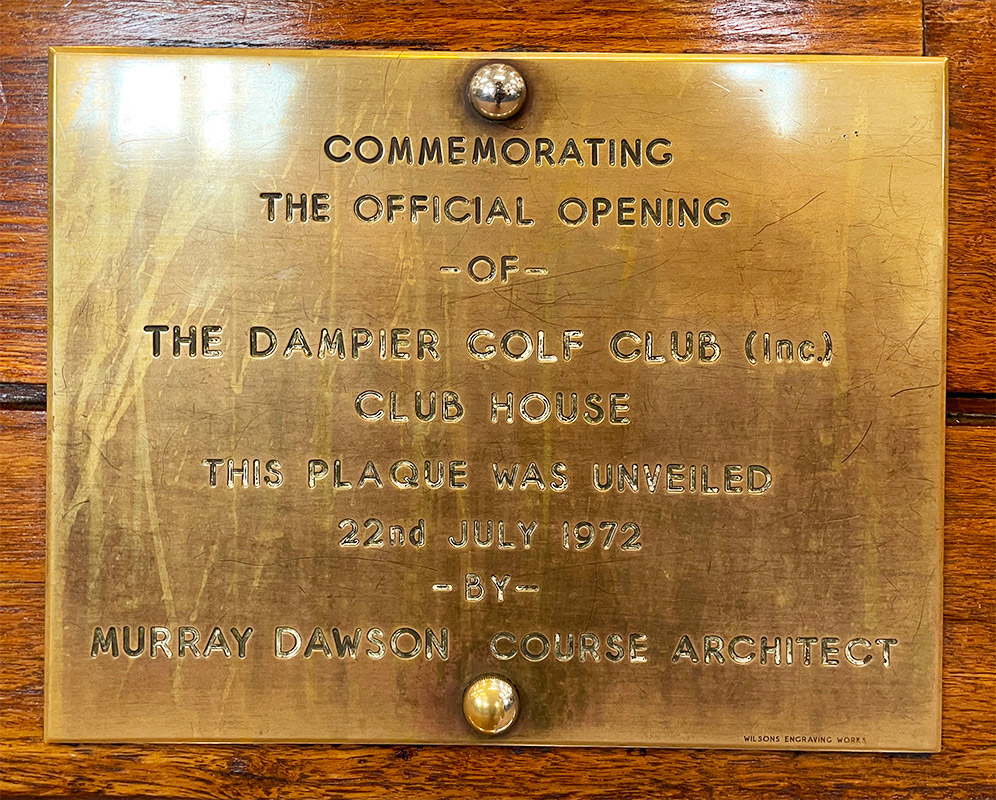 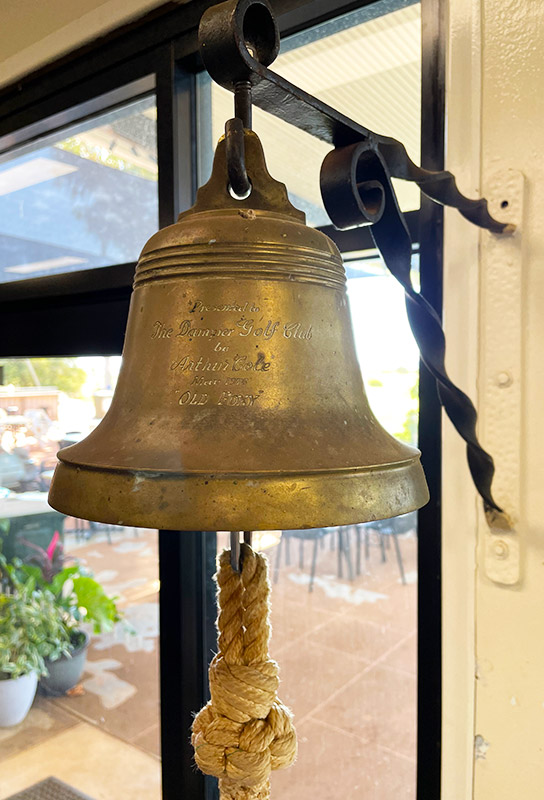